After completing the Professorial Chair Colloquia in November, the Office of the UP President approved the appointments of the proposed the chair awardees. A total of 145 chairs were awarded, up from 137 in 2018. The 145 included 139 from UPERDFI and 6 from the UP Foundation.

The 24 Teaching and Research Grants for those who are not yet eligible for chairs were also released. 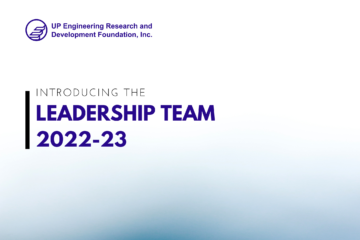 With the end of our organization year on May 31, incumbent Trustee Alex Ibasco tendered his resignation after serving the first year of his 3-year term, citing health reasons. Alex had been active in the Read more… 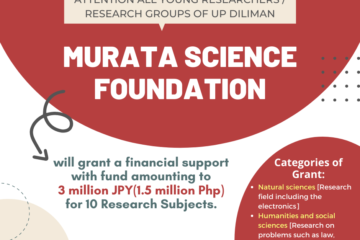 The Murata Science Foundation, headed by its Chairman Tsuneo Murata, will provide research grants to young researchers or groups of researchers for three (3) years starting in 2022. The grant will be 300,000 Japanese Yen Read more…