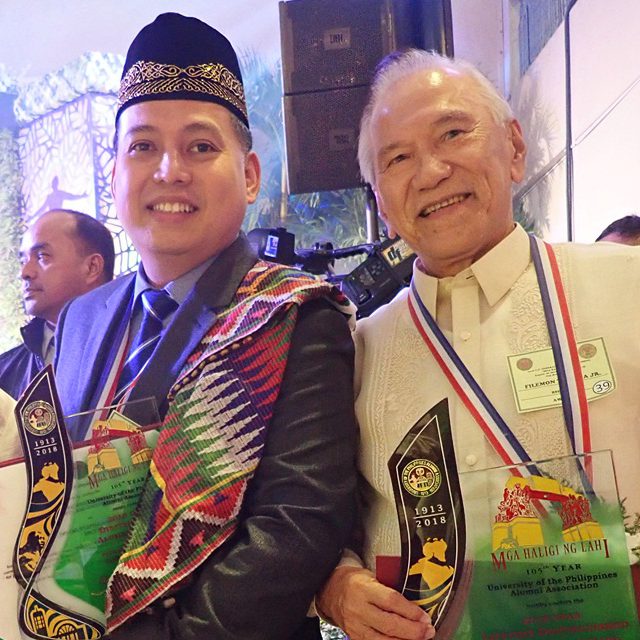 Don Mustapha A. Loong, CE ’00 and the youngest awardee of the night was honored for his service as Regional Secretary of the Department of Public Works and Highways in Autonomous Region in Muslim Mindanao (DPWH-ARMM).

The UPERDFI Trustees, Advisers and Members congratulated Jun and Don for the well-deserved recognition of their contributions to UP and the country during the Board of Trustees Meeting held on August 23 in Quezon City.

The 2018 UPAA Distinguished Alumni Awardees were honored as “Mga Haligi ng Lahi” for having best exemplified the Alma Mater’s ideals of service, excellence and leadership – with their outstanding accomplishments and services rendered to their communities which have brought glory upon glory to our alma mater, the national university.

UPERDFI acquired QuickBooks Online after the live testing of the software in February-March. We expect to completely migrate our 2021 transactions to the cloud after the 2020 Audit and tax-filing routines. Member Rico Ibana proposed Read more…

Our Management Committee held two meetings on March 17 and April 14 to discuss updates and ways forward on the various projects and committee initiatives of the foundation. We are excited to share with you Read more…

Implementing a February Board instruction, we are undergoing a Policy Review, led by Trustee Val Reyes as Leader. The Policy Review Ad Hoc Team (PRAT) met on April 9 to discuss progress and to take Read more…