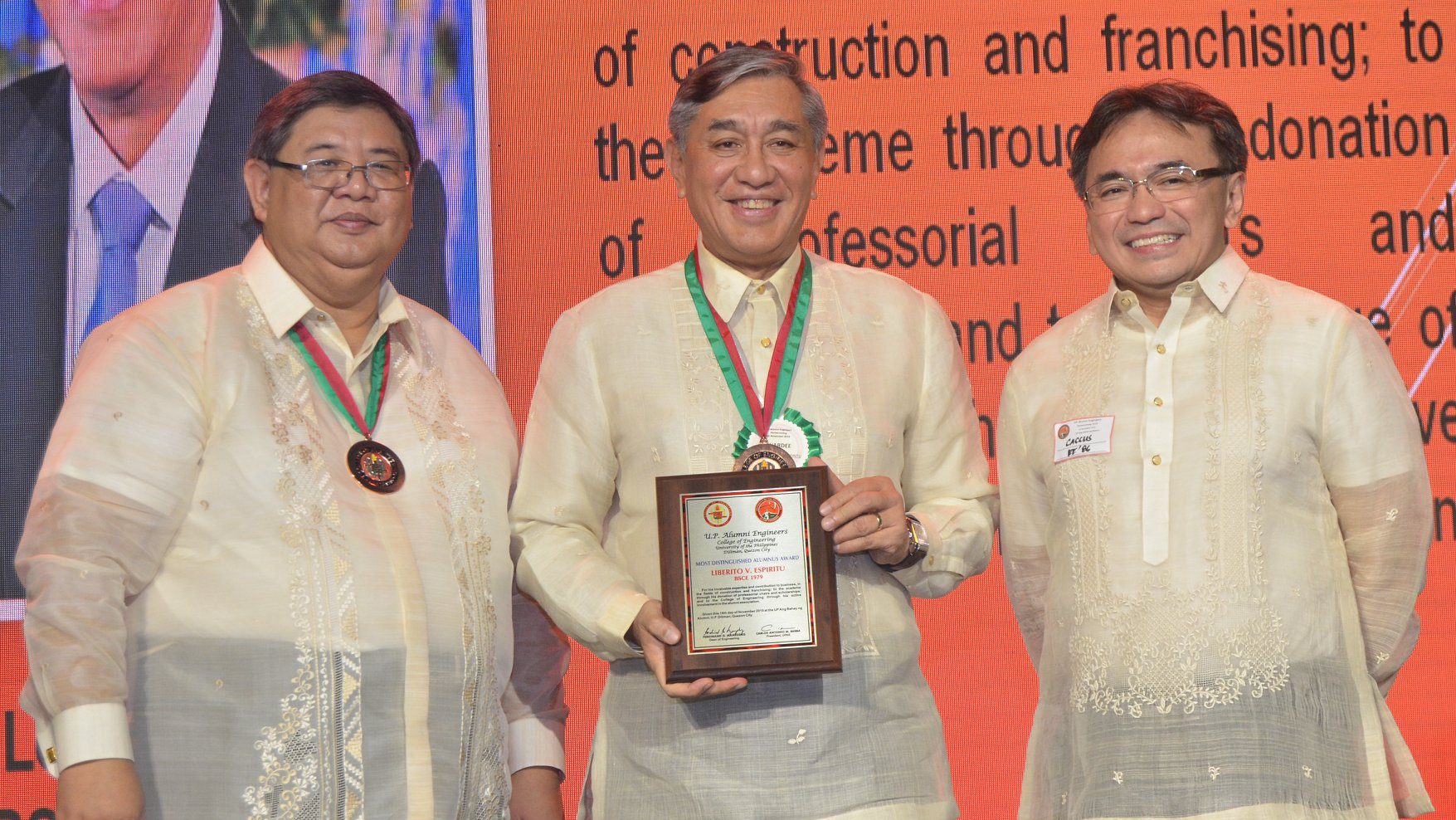 We congratulate UPERDFI member Levy Espiritu, CE ’79, for being accorded the Most Distinguished Alumnus Award by the UP Alumni Engineers during the November 16 UPAE Homecoming.

Levy is the Chairman & CEO of DATEM, Inc., a leading company in the construction industry, which he and other partners founded in 1984. Emilio “Lilit” Tumbocon, formerly UPERDFI president and chairman, now an Adviser is the incumbent Managing Director for Finance of DATEM.

Levy has generously given back to our alma mater.

As UPAE President in 2016, he and Lilit (2015 UPAE President) spearheaded the design, fundraising and implementation of the UPAE Study Now Pay Later Program.

Levy was also instrumental in establishing the DATEM-ACES Professorial Chair, and the DATEM Study Grants. Their family company, LevyRox Corporation, set up the Levy Espiritu Professorial Chair in 2014, and also sponsors study grants.

The UPERDFI Board of Trustees welcomed the new members to the Foundation during the quarterly meeting held on November 16 via zoom. After a rigorous 4-month long process undertaken by the Membership Committee headed by Val Read more…

On November 5, the Department of Geodetic Engineering hosted its annual alumni homecoming, highlighting its 85th anniversary and the 58th anniversary of the Training Center for Applied Geodesy and Photogrammetry (TCAGP) at the Melchor Hall Read more…

UPERDFI President Chicho Mantaring and Executive Director Tito Aliga, and Tau Alpha Foundation, Inc. Chairman Norberto Mendoza signed the Memorandum of Agreement for the construction of the BoardWalk in UP Diliman on November 3 at Read more…